Lost in the Shuffle: Actors Who Deserve Emmy Nominations

I’m sick of Jim Parsons, of Eric Stonestreet, of the random Showtime handouts and the unnecessary domination of past favorites. Recently when on an award pundit site, I took in all of the names predicted to be nominated for Emmys this year and sighed in frustration, noting the lack of imagination once again perceived by critics everywhere! We know that Jon Hamm, Bryan Cranston and Sofia Vergara are getting nominations, we know the big hitters. So, if I had my way, here’s who I would pick for this year’s nominated actors who often times get lost amongst the shuffle. The Sleuth: Jonny Lee Miller (Sherlock Holmes-Elementary)
It takes not only a lot of guts but a lot of talent to reinvent a character that’s been adapted numerous times, all of which have been well loved. And Jonny Lee Miller does so with such grace you forget that he’s being compared at all. His Sherlock is unlike any of his predecessors, bringing a more human element to the character; he is manic, humbled, shattered, warm and likable. It’s a multifaceted turn of a character we didn’t believe could surprise us anymore. For his work in the episode “M.” alone, I’m rooting for Miller to receive an Emmy nomination more so than any contender this year. Abed should have been a caricature–his storylines never should have carried the gravity they did; yet due to Pudi’s confidence in his role and his innate ability to paint idiosyncratic subtleties, he absolutely sells it. In an overall lackluster season of Community, Abed was like always the saving grace managing to carry some of the funniest as well as the darkest moments.

Why is this cast always overlooked? Macy has managed to make an utterly despicable character not only engaging but shockingly sympathetic. Kenney shows skills beyond her years and experience and had us in tears more often than not over the one Gallagher us audience members hope holds a shred of innocence to her. Rossum is a powerhouse, so jaw-dropping raw, defiant and strong-willed; it’s as if we’re watching an open wound be torn open and haphazardly stitched back together over and over again. Probably the most well-rounded talented cast on television (and I’m not even mentioning the wonderful Jeremy Allen White (Lip) and Noel Fisher (Mickey)) as well as most criminally undervalued. You don’t often get such a large ensemble cast devoid of a weak link.

He was the STAR of this past season of New Girl. Whether it be his inability to eat a grape while drunk on absinthe, pretending to be a dancer and prancing about his apartment, grieving the loss of his father or falling head over heels for Jess (Zooey Deschanel), he nails it, convincing us with rare onscreen sincerity. Like Max Greenfield in season one, he is something of a revelation that we only want to see more of and easily bests his other contemporaries that will likely be up in the same category–Jim Parsons and Alec Baldwin, he’s coming for you!

I will stand by, and argue vehemently, that there isn’t a funnier duo on television. It wasn’t an obvious success, who would’ve believed a premise of a drug addled man who befriends a talking dog would work? But they’re dynamic is infectious. Gann plays physical comedy like a pro with impeccable timing and Wood, although playing the “straight man,” brings a manic sensibility as well as a hyper-awareness like he’s been given a chance to play before. Also, he gets, on the off chance, to play emotionally unsettling, adding to the element of surprise this show embraces.

Passionate, emotionally satisfying and riveting-Washington is currently playing one of the most engaging characters on television. Often overlooked by the awards circuit, this year may see a change with her big screen success (Django Unchained), and the studios backing her and peddling in some advertisements. One of the smartest women in Hollywood and hopefully soon recognized for her acting as well. 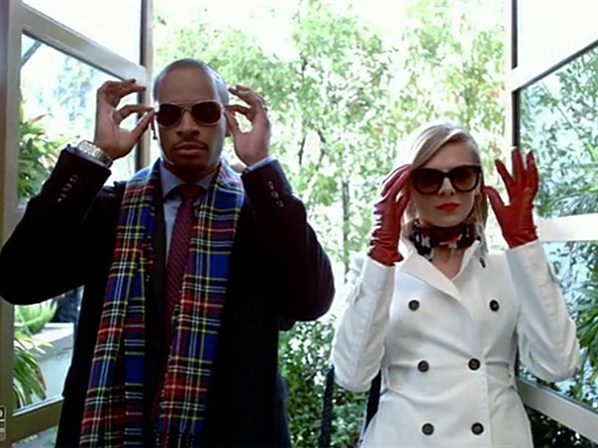 Rest in peace Happy Endings, you’ll be missed and as a parting apologetic gift, maybe Coupe and Wayans can receive their long overdue recognition for playing the most enjoyable–and funny-couple on television. Their comedic prowess is off the charts–he’s a physical comedy genius, knowing when to go over the top and when to reign it in, and she’s quick witted to the point of being always a step ahead. Both of them would be well appreciated in knocking the Modern Family cast off their pedestals.

He lost his hand, she lost her home. He’s shown us the vulnerability we didn’t know existed; she’s show us what lies beneath the hardened exterior of a girl who has seen far too many sufferings. Coster-Waldau has always been an undeniable presence on the show, but he’s truly been given the ability to shine this season turning a character that crippled a little boy into an unlikely anti-hero. Williams has honed her craft in such a stylistic finesse that it’s easy to forget her youth and inexperience before being cast. I adore Peter Dinklage, but these two deserve a shot.

Now that NBC has green lit the show’s return for next season, it’s time to celebrate! And maybe even hope for a little bit more. These two have enlightened two characters that could have easily been subject to one dimensional personalities and have turned them into infuriatingly dynamic figures. Hannibal is obviously not a very nice guy-there’s no dancing around it-but can we deny his charm? Can we deny that sometimes we hope that he changes his people-eating, organ-harvesting ways and becomes the best friend Will deserves? Or course not. Will is supposed to be the “broken” one, the delicate, the unweaving, yet his backbone is undeniably present. His empathetic nature is riveting, to his detriment, and again, that effortless charm. This odd pairing is equally disturbing and heartbreaking.