The Drought is Almost Over: Movies To Be Excited For

January through March is typically a dull period for movie goers. Festivals have an embargo on the indie darlings and the big blockbuster madness doesn’t usually start until May. So, sadly, theater visits are slow unless desperation hits (come on be honest, who saw Hansel and Gretal: Witch Hunters on the big screen and not because of a crush on Jeremy Renner?). If movies are still being seen, then they’re the Oscar contenders that people are rushing to watch in order for talking points, and now that that season’s over with for a couple months (until Cannes and every other big festival arrives), it’s back to square one. However, now that March is almost officially upon us, it’s time to consider the new options, some of which look very promising. Until then, you’ll have to settle with re-watching old favorites and becoming well acquainted with Netflix, but here are ten movies that could or could not be worth the wait.

Please note that I would have included Before Midnight, but as of now, there is no official wide release date. Now, let us press on.

What better way to start out the thawing of winter than with Nicole Kidman’s terrifying icy stare? Touting a cast that not only includes the always dependable Kidman but also Matthew Goode and Mia Wasikowska and Jacki Weaver, the performances promise to be chilling and captivating. More noteworthy is the director, Chan-wook Park whose making his first film stateside and directed the cinephile cult classic Oldboy. A movie that should fulfill every horror and suspense lover, it’s one for anyone who is simply ready for the 2013 reign of awesome to begin, and what a strong start.

Inspired by a true story, this movie follows the paths of four young and talented Australian Aboriginal girls as they travel the world in the 60’s to Vietnam as a girl group to sing and perform for the soldiers. Already having made its rounds across seas, this movie has garnered positive attention for its energy, soul and wonderful performances. It’s one of the most uplifting films to debut thus far this year and delivers a star-making performance by Chris O’Dowd, who while allows his usual charm to shine, also gets a chance for a deeper connection. It’s a story that tackles family, loss, love, race and innocence, and it has some joyful music along the way.

Okay, so far there hasn’t been much to laugh at movie-wise this year. We’ve been stuck with that Jason Bateman/Melissa McCarthy mess Identity Thief and have gotten a good second hand embarrassment chuckle out of Safe Haven. Hopefully with this comedy quickly approaching with a cast that includes funny man icons Steve Carrell,  Steve Bushemi, Jim Carrey, Alan Arkin as well as James Gandolfini and Olivia Wilde, there would have to be a whole lot wrong with the script to sour their presence. It may not be the highest caliber of film you in see in 2013, but from the absurdity of the trailer, I can assure you it will at the very least make you laugh, and comedies are done best while in a crowded theater. 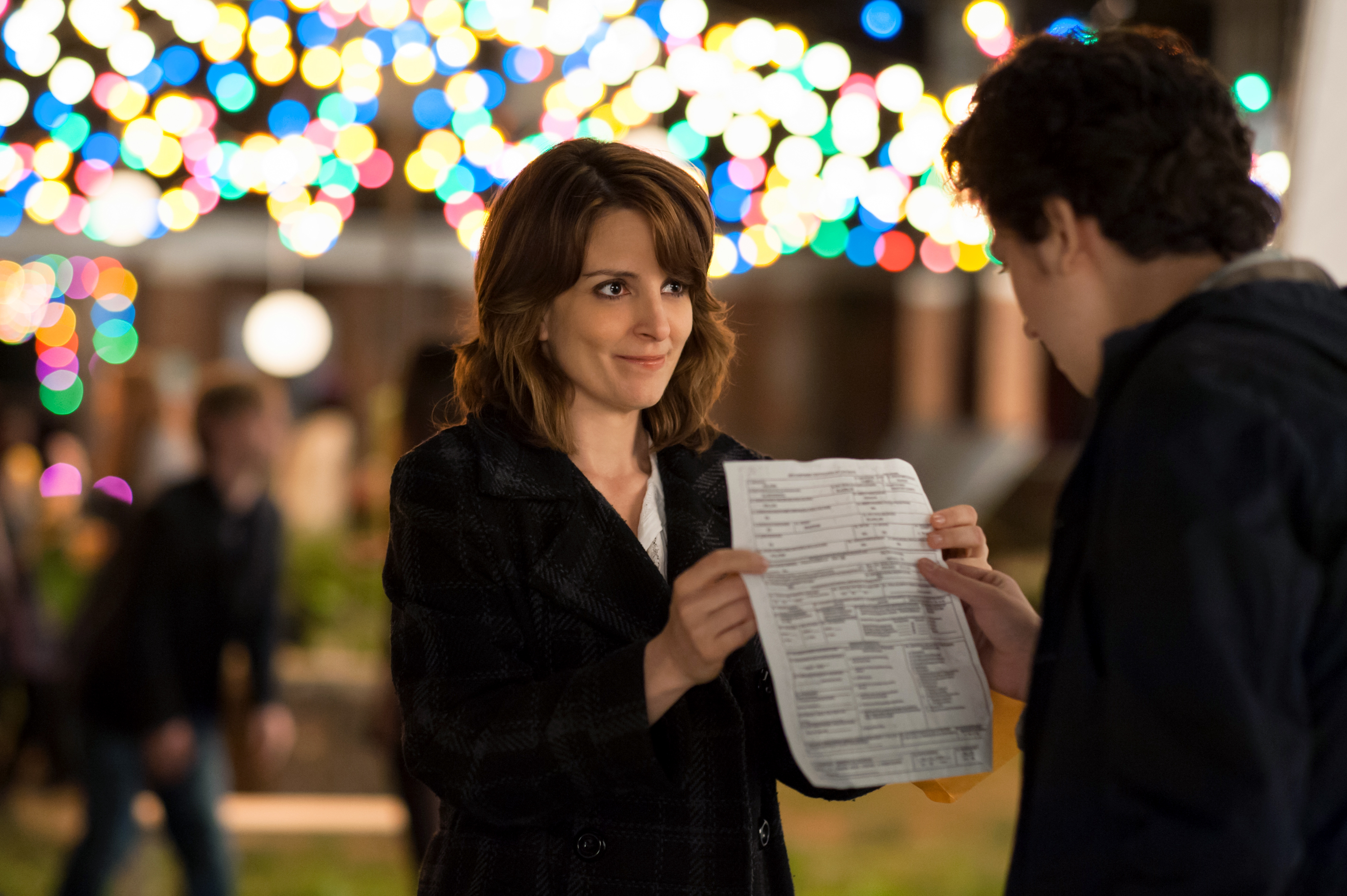 Are there any two stars out right now as likable as Tina Fey and Paul Rudd (let’s not include Tom Hanks in order to keep this fair)? The premise is simple, a college counselor looks for love and finds out more about herself along the way. Easy and to the point and will presumably be a sleeper hit such as Jeff, Who Lives at Home was last year. This is looking to be a strong year for Rudd, and this is Fey’s first project coming after the end of 30 Rock, so it will be interesting to see the critics’ responses. No matter, it looks to be a sweet and coming of age tale that allows Fey not only her own schtick but a more layered character. Also, the chemistry between the two can only be imagined and perfect.

The Place Beyond the Pines Release Date’: March 29th This is the film we’ll all really be waiting for in March, the first big festival hit (after premiering in Tribeca last April) and touting everyone’s favorite actor Ryan Gosling as well as recent Oscar nominated Bradley Cooper and Eva Mendes. The trailers thus far have been captivating, and the reviews promise a deliverance of such. Expect two thrilling performances from Cooper and Gosling, as well it being the first film of the year that will begin to rank as number one on everyone’s “movie of the year” lists. It’s a story that ranges fifteen years and tells the tale of good and bad, fathers and sons, and the thin line people straddle and who can’t wait to see how exactly it’s all delivered? I, for one, am crazy with anticipation.

It’s Hollywood doing what it does best: a remake. Not only a remake, but a remake of one of horror lovers’ favorite cult films of all time. Originally shot by Sam Raimi in 1981, this one has a lot to live up to, and based on the bone grinding, blood curdling red band trailers, it just might. Starring Suburgatory’s Jane Levy, this take has made news by claiming to not have used any CGI at all, which might just make it even more terrifying. How well can you differentiate between what’s real and what’s fiction when you’ve been told that not everything you’re seeing is green screen? All of the characters will be fighting for their lives after accidentally releasing demons from the nearby forest that begin to possess them, and as a viewer you might be fighting to keep your gaze steady and your dignity as you release screams. Don’t expect to see me sitting next to you in this movie, my sleep patterns don’t need the stress. 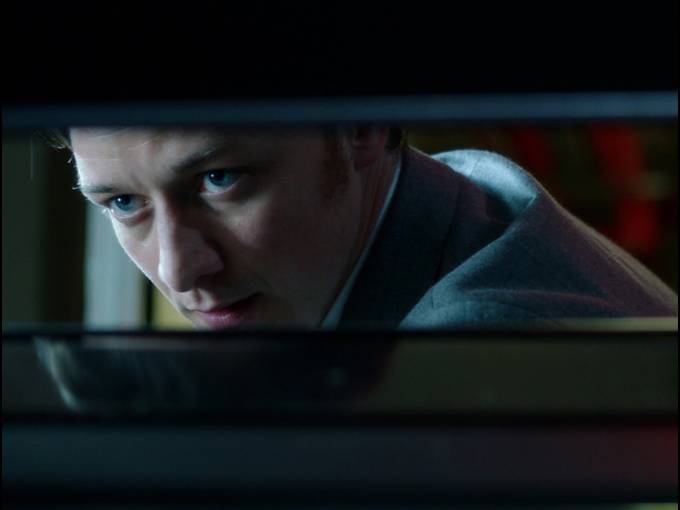 All in all, the beginning of April movie-wise isn’t a relaxing one. Simon a fine art auctioneer teams up with a criminal gang in order to steal a Goya painting worth millions. However, after being dealt a blow to the back of his head, he awakes with zero memory of such events and so begins the unsettling unraveling of Simon’s dark psyche. Fans of James McAvoy have long known that he’s a criminally overlooked talent, and this looks like the perfect vehicle to show his intimidating range. The cast also includes the fantastic Rosario Dawson (also overlooked) and Vincent Cassel. Danny Boyle is at the helm, and he rarely disappoints, and if you’ve seen the trailer, you know we’re in for a great deal of balls out crazy, vibrant colors and scenery, and some hypnotic performances. 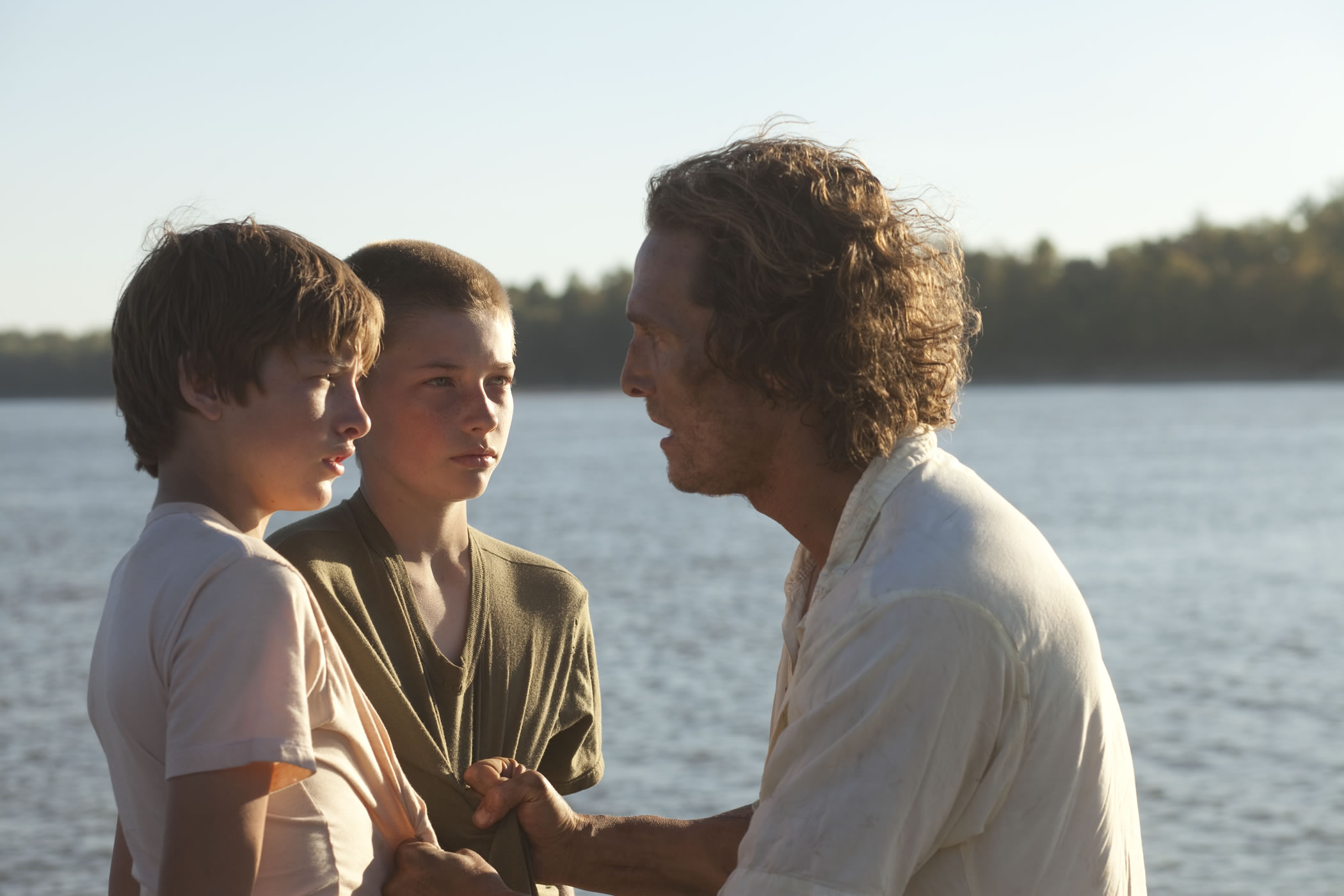 Just call him the comeback kid of the 2012-2013 year. Matthew McConaughey has been lazy with his talent over the years, prefering rom-coms and cash grabs rather than actual challenges, but all of this changed in the past year with roles in films such as Killer Joe, Bernie and of course the much talked about Magic Mike. His first film of the year is Mud, a story about two friends on an adventure who find the man, Mud, hiding out on an island off of Mississippi. The two friends, naive to horrors, agree to help him on his quest. It’s a film that’s been said to deliver three astounding performances, and as a fan of McConaughey and curious about where he’s headed, this is an independent drama I’d be hesitant to miss.

And that brings us to the block busters and the summer air and come on, don’t lie and say you don’t enjoy it either, even if it’s just a little bit. Iron Man has always been the strongest of the Marvel Movie Universe, and with Robert Downey Jr. as the morally ambiguous hero, it’s hard to imagine otherwise. The third of the trilogy will find Tony Stark immediately after the events of The Avengers with him worn down and weary and who hasn’t wanted to see a broken and beaten Iron Man? Shane Black, director of Kiss Kiss Bang Bang, directs and while the trailer promises a more ominous tone, there will surely be enough Downey snark and charm to go around. Be excited for this one. I am, because Iron Man has always in my mind been the most interesting superhero we’ve seen in film, and this should be his gravest and most exciting adventure yet, especially if they’re going the Extremis route.

Star Trek: Into Darkness May 17th

So I’ll be as annoyed as the next person if Benedict Cumberbatch’s character does in fact turn out to be Khan, but that’s a topic for another article for another day. J.J Abrams’ version of the universe is back with Chris Pine and Zachary Quinto as the head butting duo, Captain Kirk and Spock, as well as a hell of a lot more adventure and doom. Looking to be the very essence of a perfectly mastered genre, this is a film that many a film geek and average viewer will be hard pressed to miss out on. It looks fun, action packed and hopefully will deliver more Bones and Sulu than the previews did. It will be the ultimate start to the summer season, and who else can’t wait to see what happens to our favorite crew?